A Defamation Apology Can Reduce Damages 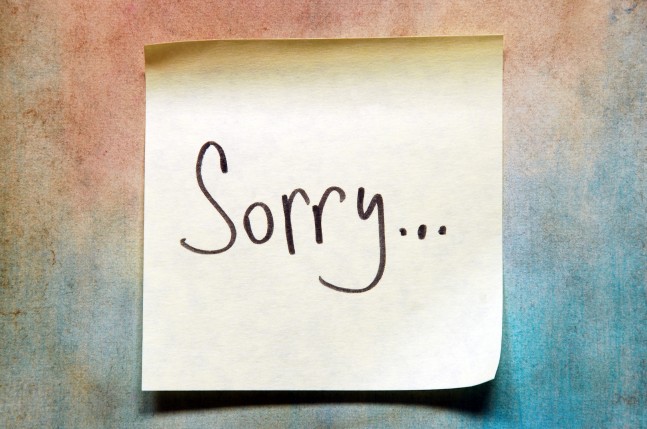 The law of defamation is clear enough in theory, but technical and complex in practice. The Defamation Act, adopted in most Australian States, offers important steps for apologising and making amends that may substantially reduce damages for defamatory publications.

Whether you are slandered in the pub, or  libeled in the newspapers or by mistake, you have rights at law to protect your reputation – as long as the defamatory remark isn’t true of course. However, just because a nasty remark is not true, does not necessarily mean it is defamatory.

A person defames someone when he “publishes” defamatory statements. By “publish” we mean that you cannot defame a person by telling only him what you think of him; you have to communicate to others, for example:

You do not defame where, for example:

What counts as defamation?

To be defamatory, the statement has to lower the public opinion of the victim – in other words, to damage their reputation. The old formula is that the statement brings the victim into “scandal, ridicule, odium and contempt”.

However, if your reputation is ‘shot’ already, you may not be defamed or receive nothing by way of damages. So if X says Y is a thief and Y is proved to be a thief, or has been convicted of theft in the past, Y will be better off ‘holding fire’.

A communication in any of the following forms can be sued upon if it is defamatory of a living person:

Intention has very little to do with the matter. If X says that Y is a thief when he meant to say “Z is a thief”, bad luck. X will still be liable for the publication of the defamation, even though he made a mistake.

Defences to a defamation action

There are a number of defences to a defamation action, such as:

There are reasonably uniform Defamation Acts applicable throughout the States of Australia, which set out a specific process of offering to make amends. A defamation apology, for example, can include publishing a retraction and paying legal costs. You can also submit a defamation apology letter, however it is extremely important to take advice before offering such an apology – as the manner in which the apology is offered, and the wording thereof, may determine whether further action ensues.

Cases confirm that failure to apologise, or maintaining a defence of truth that fails, will not lead to higher (‘aggravated’) damages in itself. For this to occur, the original defamatory statement must have been malicious. In that case, the Court may conclude that an absence of defamation apology may represent continued malice.

As for a defence of truth (‘justification’), the fact such a defence fails will not aggravate the damages unless it is found to be improper and unjustifiable to have put up the defence, which is a high bar to get over.

For further information on what counts as defamation or how to draft an apology letter for defamation, please contact Peter on 8362 6400 or email Peter Jakobsen. Join our mailing list to receive updates and advice on current issues.