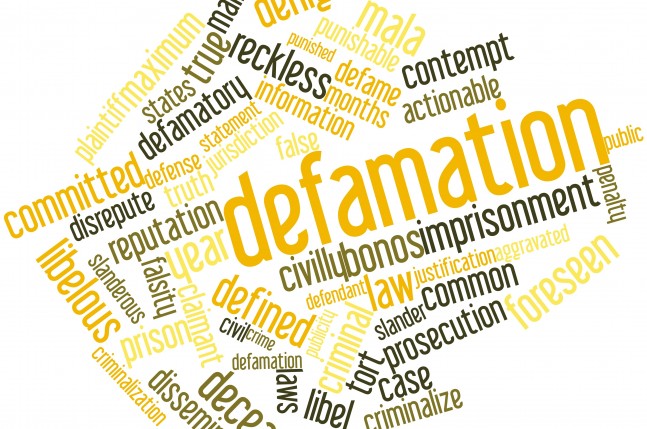 If a person has been the victim of slander or libel, a claim for defamation damages can be brought. Whilst the Courts will not order a defendant to apologise, defamation lawyers will advise that is it good policy to apologise as soon as possible. The Courts will also take a defamation apology into account when awarding damages.

Amount of Damages for Defamation

Defamation damages cannot be calculated mathematically. The award of damages can depend on many factors, including:

The Courts have described the basic principle in this way:

“A libel action is fundamentally an action to vindicate a [person]’s reputation on some point as to which [s]he has been falsely defamed, and the damages awarded have to be regarded as the demonstrative mark of that vindication.”

Vindication by money is therefore, the primary purpose and function of damages for defamation. The money is meant to tell the world that the victim’s reputation can be regarded as restored.

An award of defamation damages also serves as consolation for the personal distress and hurt caused and reparation for the harm done to personal and business reputation.

The application of this aspect of the law was recently discussed by the Victorian Supreme Court in the case of Rebel Wilson’s suit against Bauer Media, publisher of defamatory articles about the actress in “Woman’s Day.”

In the appeal from the trial of that case, the Full Court decided that the gazetted amount is not the high end of a ‘range’ but instead, operates as a statutory cut-off point. In other words, one doesn’t look at the statutory limit and then ‘work back’ from some imagined worst-case scenario. The principle for damages in defamation remains the well-known formula of providing consolation for hurt feelings, compensating damage to reputation, and vindication.

The other point established in Bauer Media v Wilson # 2 is that if there is aggravation, damages in defamation compensation claims can exceed the statutory limit. Aggravation can occur in a number of ways, either by the original defamation or in conduct afterwards by the defamer, even during the trial.

In the Wilson case, the Court of Appeal agreed that her defamation damages could exceed the statutory cap because of aggravation by Bauer (it failed to apologise and ran defences without merit), to justify a payout of $600,000 (her initial judgment of $4.7m was overturned on grounds that special damage / loss of business had not been satisfactorily proved).

A plaintiff cannot be awarded exemplary or punitive defamation damages (as a punishment on the perpetrator of the defamation). However, in an appropriate case, the Court can award aggravated damages, which are an amount on top of regular damages to compensate the victim for a particularly humiliating and insulting defamation.

As with all litigation – don’t leave it too long to investigate a potential claim as strict defamation time limits apply.

An award of money for being defamed is not given to compensate actual loss as such, although it can be. Rather, it is awarded to vindicate the damaged reputation and provide a measure of consolation. But what of a case where the damage flows from ‘Chinese Whispers,’ namely the re-telling of the original defamation?

As the High Court has explained, “The expression “grapevine effect” has been used as a metaphor to help explain the basis on which general damages may be recovered in defamation actions…It is precisely because the ‘real’ damage cannot be ascertained and established that the damages are at large. It is impossible to track the scandal, to know what quarters the poison may reach; it is impossible to weigh at all closely the compensation which will recompense a man or a woman for the insult offered or the pain of a false accusation.”

It is important to know that while the “grapevine effect” may allow a court to work out that damage to reputation, and hence defamation damages, were the “natural and probable” result of the defamatory statements and likely re-publication at large of those statements, it cannot simply be assumed. There still needs to be evidence of causative factors, such as the nature of the false statement, the circumstances in which it was first published, and evidence of re-publication or other consequences.

“The “grapevine effect” does not operate in all cases so as to establish that any republication is the “natural and probable” result of the original publication.”

Nothing can be assumed or guessed at in defamation cases. Hence it is important to have the technical and legal thickets of a claim well worked out before taking formal action.

For further information, please contact the defamation lawyers Adelaide can trust on 8362 6400 or email Peter Jakobsen. Our experienced dispute lawyers are here to help. Join our mailing list to receive updates and advice on current issues.