Can Coronavirus Cause Frustration Of Contract? 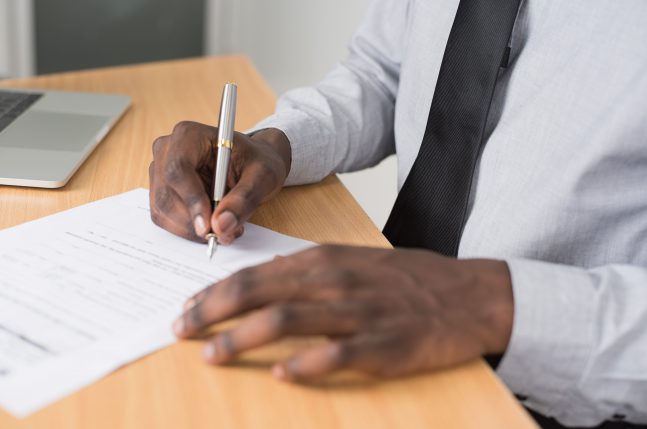 We may all be frustrated with the COVID-19 (Coronavirus) crisis, but can it lead to frustration of contract, where either party may be entitled to terminate? It might. For example, if you bought a ticket to the football or a show, apart from getting the price of your ticket back, you can’t sue for loss of amenity or consequential losses.

The contract for performance is obviously frustrated. In this article, we look at the definition of frustration of contract, plus relevant legislation and case law to help you navigate contract law during these unprecedented times. If you require further assistance relating to frustration of contract, please contact our team of commercial lawyers.

Some contracts have force majeure clauses (an ‘Act of God get-out clause’) that can include: fires, floods, earthquakes or a pandemic. But, in the absence or non-application of those types of clauses, the common law doctrine of Frustration of Contract might arise.

Force majeure clauses are common in some types of contract (such as building contracts) but uncommon in others (such as commercial leases, although they do exist from time to time, but usually where the tenant is a multinational with a high level of bargaining power).

Currently of course, the world is confronted by the COVID-19 ‘Coronavirus’ pandemic. In Australia, we are all facing resulting restrictions imposed under the Biosecurity Act, 2015. Questions will inevitably arise as to whether contracting parties might seek to terminate a contract for frustration, based on such a state of affairs.

What Is Frustration Of Contract?

A contract is said to be “frustrated” when circumstances have arisen (such as an unforeseen event), and by no fault of either party, results in the obligations under the contract being impossible to perform.

The basic principle of frustration of contract remains laid down by the High Court in Codelfa Construction Pty Ltd v State Railway Authority of NSW [1982].

Codelfa was contracted by New South Wales to build some railway tunnels to connect Woollahra to Bondi Junction. A schedule of works, a programme of construction and a completion date were agreed. Codelfa had to work around the clock to complete.

Certain residents of Woollahra, annoyed by the noise and vibration of construction, obtained an injunction – preventing work between 10 pm and 6 am. With that limitation, Codelfa claimed the contract was frustrated. The Rail Authority disagreed, arguing that work could still proceed, just not during the times under injunction.

The Court said that it was not necessary for performance to be completely impossible for frustration to arise. The majority of Judges offered these comments:

“. . . frustration occurs whenever the law recognises that without default of either party a contractual obligation has become incapable of being performed because the circumstances in which performance is called for would render it a thing radically different from that which was undertaken by the contract. . . . ‘It was not this that I promised to do’…..it is not hardship or inconvenience or material loss itself which calls the principle of frustration into play. There must be as well such a change in the significance of the obligation that the thing undertaken would, if performed, be a different thing from that contracted for…”

Frustration may not be available right now, but as Coronavirus restrictions tighten, it may become an arguable proposition in the not-too-distant future.

We hope that each of us will pull together and share the burdens of this virus, but if you are severely under pressure for a contractual obligation that you just can’t meet right now, it may pay to get an opinion as to whether those obligations still apply.

Our team of commercial lawyers are happy to help you. For further information please contact Peter on 8362 6400 or email Peter Jakobsen. Join our mailing list to receive updates and advice on current issues.