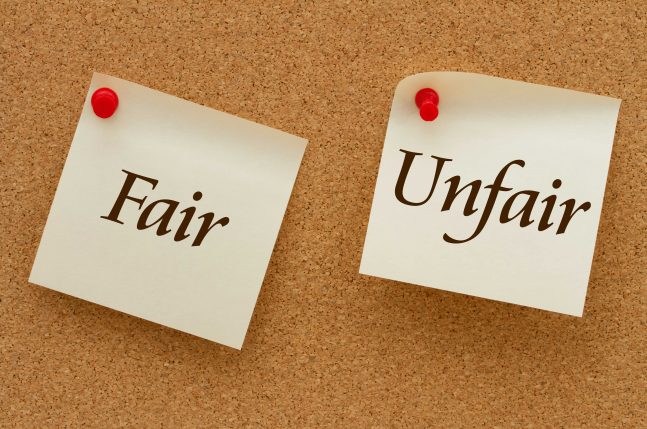 From time to time, certain States have had laws as to a review of unfair contracts, particularly in an employment setting. These were rarely availed, in part because the difficulty of determining a fairness test, but the national reach of the Fair Work Act 2009 (“the Act”) tackles the issue in another way.  We do not take a position on whether that other way is good or bad as policy.

The Act sets absolute minimum standards which apply irrespective of any employment contract (the National Employment Standards).  These are found in Part 2-2 of the Act and set the minimum bar as to working hours, flexible work arrangements, various leave entitlements, notice of termination and redundancy. Fairness is irrelevant. These terms are imposed by law, not reached by agreement.

Then the Act sets out certain terms that are not valid even if contained in an employment contract, such as docking pay or setting off wages for a debt to the employer, or a term that may discriminate in treatment of employees.

The Act creates modern awards, under which the FWC can set (for example) minimum wages.

Part 3-1 of the Act sets out various workplace rights, the infringement of which can constitute an offence and a basis for expanded damages.

‘A fair go all round’ is still the template for employer/employee relations but the flexibility of industrial disputes has been profoundly narrowed by the Fair Work Act 2009. The various, extensive legislative and regulatory provisions are couched in prescriptive language and what may seem fair in an employment contract may be invalid, even illegal. The scope of bargaining on an employment contract is constricted. For small businesses, enterprise agreements are often impractical and modern awards inadequate.

An employment agreement is no longer the concern of the worker and his/her boss. Any letter of employment needs to be drawn in accordance with the Fair Work Act 2009. If not, attempts to enforce what may have been agreeable to all, as fair, could cause more trouble than they’re worth.