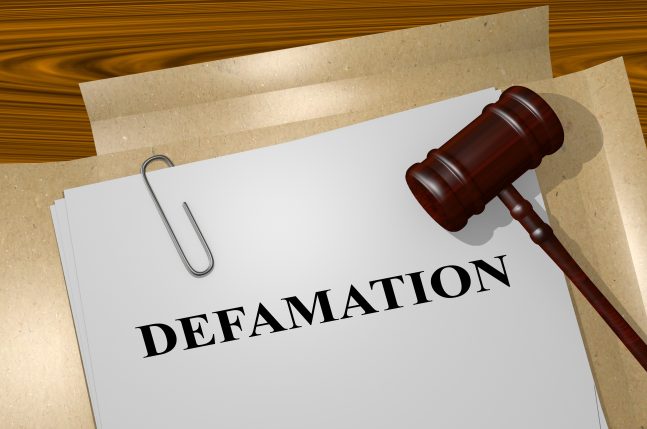 In a celebrated recent case, a self-appointed ‘avenger’ styling himself as “The Arbitrator”, complete with website and blog, decided to go on a one-man crusade against Australia’s banks.  Fair enough, you might think – the internet can empower the weak against the strong.  But such power, like all power, should not be abused.

The case of French v Fraser (No. 3) decided in the NSW Supreme Court, illustrates that one must be careful about shooting one’s mouth off, especially where individual reputation is concerned.  There are big limits to companies suing for defamation, but individuals within a company can do so where their personal reputation is damaged by defamatory material.

Background to the case

“The Arbitrator” was referred by CBA to Dr French, GM, Group Customer Relations at CBA.  Over the course of about 18 months, the Arbitrator stalked, harassed and threatened Dr French, as well as publishing highly defamatory allegations against him that were found by the Court to be entirely without rational or justifiable basis.  As for his use of the internet, ‘The Arbitrator’ wrote this to Dr French:

“When I am done with you, you will never be able to be employed in a decent job again. I am an internet search optimisation genius and I can make certain that when anyone types your name into Google, the only material that they will find will be the truth of your evil acts, for the world to see. I am coming for you.”

Defamatory publications on the net

Judgment to be made in deciding to proceed

The plaintiff gave evidence of the dilemma of anyone faced with being defamed online:

“I was concerned that bringing this action would create more publicity for him, would create greater currency of this information, and that frankly the reporting of it, which had been in my view terrible, would simply give further kind of fuel to the fire, and that aside – if anybody Googled me, aside from getting all of the defendant’s publications, it would then get allegations of kind of gross sexual impropriety and, and I couldn’t win.”

Yet he also spoke eloquently of the ultimate utility of a verdict in vindication of reputation:

“To be frank, mud sticks and I guess we all know that, and I understand that these kinds of allegations will have a very significant half-life. I’m not so naive as to not believe that, and as a consequence people believe where there’s smoke there’s fire I guess, and the capacity for me to be able to point to a decision and say, “This is not true and this was never true” is of the highest significance to me.”

The NSW Supreme Court reviewed the general principles, including High Court decisions, where it is said:

Taking these principles into account, the Court recognised the defamation was serious, the damage extensive and the hurt to feelings enormous, and ordered that the defendant pay the plaintiff $300,000.00 in damages.