Mutual Trust and Confidence in the Employment Contract 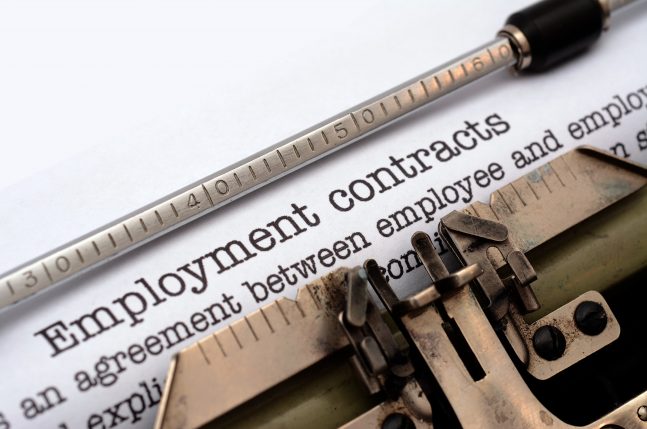 In a decision of the Federal Court of Australia on 6 August 2013 (Commonwealth Bank of Australia v Barker [2013] FCAFC 83) the majority stated that an implied contractual term of mutual trust and confidence was part of the law of contract in Australia.

A contract is a legal bargain between parties that has various legal elements to it. The traditional formula is that a contract must involve:

The terms of a contract, if in writing, set out the nature of the bargain and the rules by which the bargain will be carried out and valued. Because it is unrealistic to write everything into a contract, often the parties will rely on implications arising from the explicit terms. However, the days may be past when the precise terms of a contract and the necessary intendments flowing from them, governed the result of contractual disputes.

Contracts, by their very nature, establish a relationship of co-operation. The Courts imply a duty on parties to a contract to co-operate.

This is squarely so in an employment agreement. An employer therefore may, by its conduct, be liable in damages to its employee if the conduct is likely to destroy or seriously damage the relationship of trust and confidence between employer and employee, where the employer does not have a reasonable and proper cause for such conduct.

In Commonwealth Bank of Australia v Barker, an employee of the bank was made redundant. The bank had in place a redeployment policy that it would take positive steps to consult with redundant employees so as to explore possible redeployment of those persons. The policy was not a part of the employee’s contract as such.

In this particular case, the bank failed to consult with or even contact the employee, although this was found to be inadvertent rather than deliberate. Two of the three Judges in the Federal Court appeal determined that the bank had thereby breached the term of mutual trust and confidence implied in the contract, entitling the former employee to contractual damages for breach.

The case is somewhat unusual and the law may be taken as not conclusively settled. There remains a philosophical struggle between the school of judicial thought arguing from the four corners of the contract and the school that treats the explicit contract terms as simply part of a complex matrix of fact.

In our above article, we reported on the decision in Commonwealth Bank v Barker, in which the Federal Court of Australia found that a duty of mutual trust and confidence was implied in the contract of employment, such that the Bank had to pay damages to a former employee for not taking positive steps to redeploy him after he was made redundant.

At the time of our commentary on this decision, we said:

“The case is somewhat unusual and the law may be taken as not conclusively settled. There remains a philosophical struggle between the school of judicial thought arguing from the four corners of the contract and the school that treats the explicit contract terms as simply part of a complex matrix of fact.”

We can now report that the High Court has unanimously upheld an appeal by the Bank against the Federal Court decision. In CBA v Barker [2014] HCA 32, the High Court determined that there is no implied duty of trust and confidence in employment contracts in Australia.

However, the decision made it clear that the decision below went a step too far and that creating a duty of mutual trust and confidence must be left to the legislature, or the contracting parties themselves.