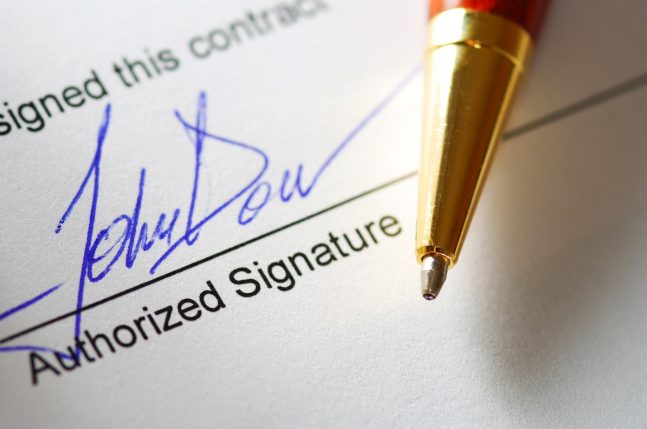 When a lawyer draws a Deed describing an agreement between parties and how that agreement is to be carried out, the Deed will often follow a traditional format.

First, the Deed will contain “Recitals” (sometimes styled as “Background” or “Objectives”) which set out the narrative or background to the agreement contained in the Deed. The Recitals assist the reader of the Deed to understand the whys and wherefores of the deal in the Deed itself.

After the Recitals come the Operative or Dispositive part of the Deed. These are the key provisions that set out what the parties have to do under the agreement recorded in the Deed. They are the ‘meat’ of the Deed, and the Recitals are there to help us cut into the meat.

What happens when a sloppy Deed contains Recitals that are inconsistent with the Operative part?

For example, Samantha enters into a Deed with Bodhi. The Deed says in the Operative part that Samantha will transfer ownership of her Bugatti sports car. That transfer is on account of fees Bodhi is owed for building a serenity hut in her garden.

But the Recital contains a clause that says: Bodhi has asked Samantha and Samantha has agreed to convey to Bodhi her estate and interest in the Bugatti on account of and by way of security for Bodhi’s hut-construction fees.

There is a clear discrepancy here between the Recital and the operative part. The operative part talks of a clear transfer of title in the Bugatti to Bodhi, but the Recital suggests that the car will be put up as security, and not transferred to Bodhi.

Where the Recital and the Operative part are inconsistent, unless the operative part is ambiguous, it will prevail or override the Recital. The law follows the rule of interpretation handed down in an old English case:

Applying that to our example, Bodhi gets title to the Bugatti because, even though the Recital suggests he is able to test its speed only while holding it as security for his fee, the Operative part of the Deed leaves no doubt that he is getting it as payment of his fee, not by way of security for his fee.